Treatment with 'friendly' bacteria could counter autism in children 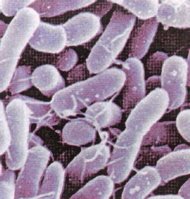 Here is another reason to implement probiotics or traditionally prepared fermented foods into you daily diet. The gut literally is the second brain. Total health begins in the gut, folks. If your GI tract isn't functioning very well, it's guaranteed your overall health will be compromised. Although I am not a big fan of nutritional supplementation, probiotics are the exception, and the only supplement I recommend for ALL new patients (unless of course they are already on one). I don't believe they need to stay on it the rest of their lives, but one to three months are usually beneficial until they are able to improve their diets.
----------------------------------------------------------
IAN JOHNSTON SCIENCE CORRESPONDENT

PROBIOTIC bacteria given to autistic children improved their concentration and behaviour so much that medical trials collapsed because parents refused to accept placebos, a scientist revealed yesterday.

The effect of the bacteria was so pronounced that some of the parents taking part in what was supposed to be a blind trial realised their children were taking something other than a placebo.

A number then refused to give their children the placebo when they were due to switch, resulting in the collapse of the trial.

Glenn Gibson, a microbiologist who ran the study of 40 autistic children aged between four and eight, said this meant it was difficult to draw any firm conclusions and he is planning to carry out further research.

However, he said parents had told him the probiotic bacteria was having a beneficial effect, resulting in "better concentration and better behaviour".

One parent said it was "heartbreaking" to have to stop their child taking it.

"It was really challenging for us and the parents. I'd really like to go back to it and do it in a better way, with perhaps more professional help from people who know how to deal with autistic children," said Prof Gibson.

"The trial ultimately failed because of the large number of drop-outs. About half the kids dropped out. Some of the parents worked out their child was on the test and didn't want to move on to the placebo."

The probiotic was then designed to reduce the levels of clostridia and promote "friendly" bacteria instead to see what effect this would have.

Prof Gibson, from Reading University, said the children appeared to show fewer signs of autism when taking the probiotic supplement, which was given in a powder once a day.

"Very subjectively, we asked the parents to fill in diaries about the mood of the children. We got very positive feedback generally," he said.

He said that certain kinds of clostridia produced neuro- toxins, which potentially could be the cause of autism or a contributory factor.

However, he said this was speculation and the apparent improvement could also simply be because the children had felt better.

"If your gut is not behaving yourself, you feel rough," Prof Gibson said.

The first bacteria in the gut is received from the mother during birth and then comes from the outside environment, with diet playing an important role.

"They [infants] may be under medication for an infection and that may have an effect," Prof Gibson said.

"There are all sorts of different factors that may affect that [the bacterial make-up of the gut]."

There was a scare over widely discredited claims that autism was linked to the MMR - measles, mumps and rubella - vaccine given to children.

Asked whether he thought childhood vaccines could have an effect, Prof Gibson said: "No. I don't think there is anything in this MMR business at all."

It is estimated that 535,000 people in the UK have some kind of autism, including a milder form called Asperger's Syndrome.

The condition affects four times as many boys as girls for reasons that are not clearly understood.

A spokeswoman for the National Autistic Society (NAS), the UK's leading charity for people with the condition and their families, said it followed new research into possible treatments with great interest.

She went on: "There is anecdotal evidence that certain vitamins and diets do have benefits for some people with autism. However, a great deal more research remains to be done in this area.

"The NAS looks forward to seeing the results of the further research that Professor Gibson hopes to conduct in the future."

She said that "rigorous scientific evaluation" was necessary to gauge the effects of any new treatment.

A whole range of therapies had been tried in the past, from medication and behavioural therapy to aromatherapy and swimming with dolphins, with varying degrees of success.
Posted by Dr Kevin Lau at 5:47 pm No comments: Links to this post

Confessions of a Women Doctor: "I was Shocked" 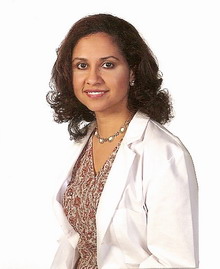 You may be surprised to learn that cholesterol-lowering medications offer women little to no protection from heart attack or heart disease. I know I was. In medical school, my professors spoke of them with such enthusiasm, I was convinced. Then as an emergency room doctor, I continued to believe that statin drugs were the most important medical discovery of the last fifty years.

Then I met Dr Al Sears and he asked me, "Where's the unbiased evidence?" The more I tried to answer that question, the more I realized that what I had been shown as evidence all came from a single source – the drug companies themselves! As I tried to find unbiased proof, all the "evidence" evaporated.

Today I want to share my path of discovery with you and give you safer, more effective ways to improve your cardiovascular health – so you too don't find yourself "duped" like I was.

Searching for the Facts Gives Me the Shock of My Life…

Growing up in India, I was very familiar with our ancient form of natural medicine called Ayurveda. The word Ayurveda means, "the science of life." Practiced for thousands of years, Ayurveda is a complete system of health and healing.

But when I moved to the US at the age of 12, I adopted the American lifestyle and later went to medical school in Philadelphia. After practicing emergency medicine for many years, my connection to Ayurveda felt like just a memory.

By the winter of 2004, my faith in the medical establishment was starting to crack. On my days off, I started going to lectures by leading doctors who integrated both western and alternative medicine. That's when I met Dr. Al Sears. His book, The Doctor's Heart Cure, opened my eyes to the real causes – and treatments – of heart disease.

As my awareness grew, so did my research. I started to uncover studies showing that statin drugs have no real benefit for women. Actually, I didn't have to look very far…

The Journal of the American Medical Association (JAMA), reported: "For women without cardiovascular disease, lipid [cholesterol] lowering does not affect total or CHD [Coronary Heart Disease] mortality…" 1 In other words, statins don't do anything for otherwise healthy women with high cholesterol.

Later, I discovered the University of British Columbia Therapeutics Initiative came to the same conclusion, finding that statins have no benefit to women for the prevention of heart disease.2

Even worse, the Honolulu Heart Program study revealed that statins – and the low cholesterol levels they produce – cause problems for the elderly. This particular study is rare, as it's one of the few that measured cholesterol levels over a twenty-year period. Their results showed that those who maintained low cholesterol for twenty years – from middle age into old age – had the highest risk of death.2

But the surprises kept coming. The ASCOTT-LLA study, the largest clinical trial on the effectiveness of statin therapy in women, found that women who took Lipitor (the world's most popular statin) had 10 percent more heart attacks than the women who took the placebo.3

Returning to the Roots of Natural Medicine

After recovering from my initial shock, I went back to my roots. I found that Ayurveda had reliable – and effective – ways of dealing with heart disease. In fact, many were the very same herbs used daily by doctors here in the West.

But I don't limit myself to the Ayurvedic approach. Nutrients like Niacin and CoQ10 are essential. Here's a list of the 3 treatments I use most often for heart health:

Fenugreek: Recent studies show that one gram of fenugreek a day helped to lower blood sugar and improve sensitivity to insulin. It also lowered triglyceride levels and boosted HDL (good cholesterol) 4 My usual recommendation is to start with 500 mg of fenugreek twice a day.

To take fenugreek the traditional Ayurvedic way, put a bunch of the dried leaves in a bowl of water and let it sit overnight. In the morning, strain the mixture and drink as a tea throughout the day.

Niacin: Also known as vitamin B-3, niacin favorably alters both LDL (bad cholesterol) and triglycerides and increases HDL. Niacin is integral to the production of fats in the human body. Niacin even plays a role in the production of estrogen, progesterone, and testosterone – the sex hormones.

The best source of niacin in foods is in nuts and dried beans. In addition, many meats such as liver, poultry and fish contain niacin. You can also take niacin as a supplement. I recommend 500 mg once a day.

CoQ10: There have been at least 100 studies at major universities and hospitals linking CoQ10 deficiency with heart disease. CoQ10 is an enzyme required for deriving energy from oxygen. Without it, organs that need a lot of energy like your heart, brain, kidneys and liver suffer.

Statins actually block the production of CoQ10. This negative effect happens to 100 percent of the patients who take them. Ironically, the depletion of CoQ10 weakens your heart.

In my experience, close to 80 percent of my female patients are deficient in CoQ10. I recommend 100 mg of CoQ10 per day to anyone who is generally healthy. If you have high blood pressure, heart disease, high cholesterol, gingivitis, age related memory loss, chronic fatigue or are a vegetarian, increase your dose to 200 mg per day.

CoQ10 is available at many nutrition stores but you may have to do some searching to find the adequate therapeutic doses I recommend. Coenzyme Q10 is soluble in oil only. So like vitamin E, you should eat some kind of fat or oil with your CoQ10 or your gut won't absorb it very well.