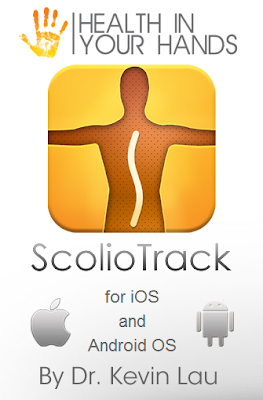 Richard III, scoliosis and me

Seeing Richard III's skeleton, I felt a shiver of empathic pain. Scoliosis twisted both our spines 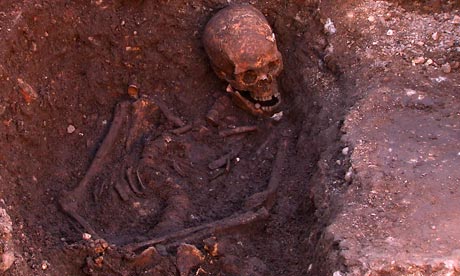 The remains of King Richard III, found beneath a Leicester car park. Photograph: University of Leicester/Corbis
The discovery of the bones of Richard III, lying quietly under a Leicester city council car park for 500-odd years, is historically fascinating and imaginatively compelling. But, inspecting the newspaper photograph of those meticulously laid-out, gingery and desiccated human remains, I am startled by another sensation: that of raw, physical connection. Because Richard and I share not only our height – a surprisingly tall five foot eight – but also our skeletal deformity: scoliosis. Though his was far more pronounced (and therefore disabling) than mine, still, just like him, my adult life has been dogged by an "S" curvature of the spine.
I was in my late teens, an energetic ballet and swimming type, when one day without warning my back went into spasm and I found myself crunched over in agony. I think I saw a chiropractor and that was that. Except that over the next few years, it only took one wrong move – sneezing, laughing, reaching for a drink of water – and I'd be suddenly skewed, immobile and in pain for days.
Read more »
Posted by Unknown at 6:59 pm No comments: