What’s the Best Mattress for Scoliosis? 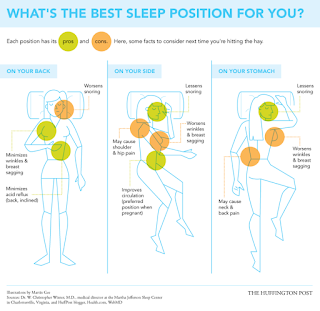 Scoliosis (from the Ancient Greek word for “bending”) is a medical condition that involves the curvature of the spine. Normal spines have an ‘S’ curve to them; the spines of those with scoliosis also have a curve from side to side.
Scoliosis can be genetic (as a result of vertebral abnormalities developed in utero), “idiopathic” (arising for no apparent reason), or related to another disorder such as spina bifida or cerebral palsy. (Typically, anything that has people staying in one position for extended periods of time or has a condition that hinders mobility increases the risk of scoliosis.) It can develop at any age, although many idiopathic cases of scoliosis develop in childhood and adolescence.
Read more »
Posted by Unknown at 9:56 am No comments:

Things to Remember 22 Truths People with Scoliosis Wish Others Understood 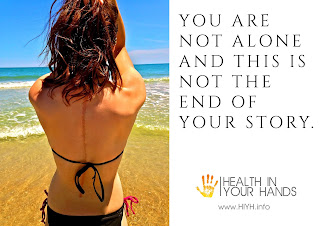 An estimated six to nine million people in the United States live with scoliosis. The condition, which causes abnormal curving in the spine, is often overlooked and mistaken for common back pain. But if not treated early, scoliosis can cause lifelong pain, decreased mobility and, in more severe cases, decreased organ function.

The Mighty wanted to learn more about the often misunderstood condition, so we reached out to ScoliSMART, an organization dedicated to informing the public about scoliosis and the need to find better treatment. The group asked its readers on Facebook and its Scoliosis Warriors Discussion Group page to share one thing they wish others understood about scoliosis.

This is what we learned:

With professional training from United States of America and Australia, combined with a lifetime of practicing natural and preventive medicine, Dr. Kevin Lau advocates comprehensive natural solutions for treating scoliosis, promoting the merits of non-surgical treatment as the first resort.
He has been honored with the "Best Healthcare Provider Award"from the Straits Times.
His book Your Plan for Natural Scoliosis Prevention and Treatment is a best-seller on Amazon.com, and the series is rounded off with Your Natural Scoliosis Treatment Journal and Your Scoliosis Treatment Cookbook. For parents-to-be, there is also An Essential Guide for Scoliosis and a Healthy Pregnancy, a path-breaking and pioneering compilation of practical knowledge on how to handle conception and pregnancy in scoliosis.
Finally there is also The Complete Scoliosis Surgery Handbook for Patients, a wealth of information and a handy resource for those wanting to understand more about invasive procedures.
Under Dr. Lau's approach of Health in Your Hands, patients are encouraged, guided and advised to treat and prevent scoliosis through diet, exercise to improving daily living habits. Integrating technology into his healthcare practice, he also offers a comprehensive The Scoliosis Exercises for Prevention and Correction DVD as well as ScolioTrack, a top-ranking app on iTunes and Google Play (under Android for Medical Apps) as well as Scoliometer, an app to keep track of spinal deformity and progress monitoring. 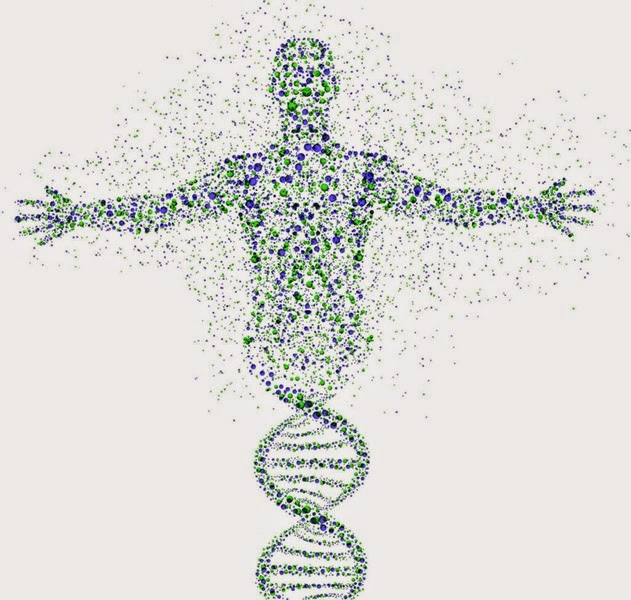 However, the emerging field of epigenetics suggests that we are not solely a product of our heredity. Recent studies have shown the connection between genetic diseases like scoliosis, and environmental influences. It is now coming to light that we can directly affect the development of our genes through our lifestyle choices. For many people, this puts control of their heath back into their own hands. Epigenetics tells us that by making good choices about what we expose our body to, we can fight the genetic predispositions that seemed previously set in stone.
Read more »
Posted by Unknown at 12:21 am 1 comment:

Do experienced surgeons have better outcomes with scoliosis surgery? 5 findings

An article recently published in the Journal of Bone and Joint Surgery examined whether surgeon experience had an impact on outcomes for adolescent idiopathic scoliosis correction.
The researchers examined posterior-only surgical procedures for AIS from 2007 to 2008 and followed patients for a minimum of two years. There were nine surgeons in the study total — four who had less than five years of experience and five surgeons who had five or more years of experience. Around 165 patients were included in the study.

5. Pain, self-image and function had significant differences between both groups. However, complication rates were relatively the same between the less and more experienced surgeons.
Read more »
Posted by Unknown at 7:17 pm 1 comment:

Unexplained pain after the six-month postoperative period occurs in 7% of patients undergoing surgery for adolescent idiopathic scoliosis (AIS), according to a study published in the Oct. 1 issue of Spine.

Tracey P. Bastrom, from Rady Children's Hospital in San Diego, and colleagues reviewed data from a prospective registry to identify AIS surgical patients with minimum two-year follow-up and two-year Scoliosis Research Society (SRS) scores. Results from the SRS-22 outcomes questionnaire were compared for patients reporting pain or not to the surgeon/clinical team postoperatively.

The researchers found that, of the 584 eligible patients, 11% reported pain at sometime between two weeks and two years postoperatively. Of the 48 patients reporting pain between six and 24 months postoperatively, 41 (7% of the total cohort) had no obvious cause for their pain. They also had significantly decreased two-year SRS scores in the domains of Pain, Self-Image, Mental Health, and Total score despite referral for physical therapy, a pain specialist, or further imaging in 26 of the 41 cases. There was significantly greater pain preoperatively in the patients with postoperative pain, so for this group the pre- to postoperative SRS pain scores did not significantly change.

The quality of web-based information on scoliosis is poor, according to a study published in the Aug. 15 issue of Spine.

FRIDAY, Sept. 6 (HealthDay News) -- The quality of web-based information on scoliosis is poor, according to a study published in the Aug. 15 issue of Spine.

The researchers observed significant correlations with the DISCERN scores between reviewers 1 and 2 and reviewers 2 and 3. Forty-nine was the highest mean cumulative score for all items achieved by any of the evaluated websites (range, 15 to 80). The Health On the Net code was displayed by only one site.

"Health care professionals should be aware of the content of websites that they recommend to patients," the authors write. "Websites should be maintained such that content is up to date, evidence-based, impartial, and written in plain language."

Starving Cancer to Death by Removing one Food: Refined Sugar

While all of our cells need glucose (a form of sugar which is turned into energy), cancer thrives on a body full of simple carbohydrates (which become sugar in the body) and refined sugars that come from processed foods and overly sweet goodies. If you or someone you know is suffering from cancer, one of the best things they can do is take away the disease’s favorite food – sugar.

Sugar – Cancer’s Fuel
Dr. Otto Wartburg and other health experts have been talking about how cancer loves sugar since the 1920s, but surprisingly many doctors don’t tell their cancer patients that as long as they continue to eat processed foods full of the stuff, they will likely have a more difficult time fighting this disease.

The German physiologist, leading biochemist, medical doctor, and Nobel laureate was convinced that you could starve cancer right out of the body. While it may not always be that easy, this is something that could significantly change the game.

Scientists Finally Discover The Function of the Human Appendix

It has long been regarded as a potentially troublesome, redundant organ, but American researchers say they have discovered the true function of the appendix.
The researchers say it acts as a safe house for good bacteria, which can be used to effectively reboot the gut following a bout of dysentery or cholera.
The conventional wisdom is that the small pouch protruding from the first part of the large intestine is redundant and many people have their appendix removed and appear none the worse for it.
Scientists from the Duke University Medical Centre in North Carolina say following a severe bout of cholera or dysentery, which can purge the gut of bacteria essential for digestion, the reserve good bacteria emerge from the appendix to take up the role.
But Professor Bill Parker says the finding does not mean we should cling onto our appendices at all costs.
Read more »
Posted by Unknown at 1:57 pm No comments:

Friday, July 12, 2013. In an article published online on July 10, 2013 in the journal Science Translational Medicine, researchers from University Medical Center in Hamburg, Germany and Lawrence Berkeley National Laboratory report a link between deficient levels of vitamin D and premature aging of the bone. The vitamin is needed for the absorption of calcium by bony tissue, as well as playing a role in many other processes.

Björn Busse and his associates compared bone obtained from 15 normal individuals and 15 men and women with deficient serum 25-hydroxyvitamin D3 levels of less than 20 ng/mL and bone surface osteoidosis indicating the transition to osteomalacia. "The hallmark of osteomalacia is an excessive amount of unmineralized collagen matrix," Dr Busse and his colleagues explain. "The cause of this pathological accumulation of osteoid is difficult to determine and may result from a combination of an increased rate of bone formation, low serum calcium and phosphorus, and/or direct effects of the excess osteoid on osseous cells accompanied by changes in the bone matrix, either in the collagen or in the ground substance. As a consequence of the marked reduction in mineralized bone mass and increased amounts of osteoid, vitamin D–deficient bone represents a complex composite structure that is highly susceptible to fracture."

Bone quality was analyzed on a scale ranging from nanometers to micrometers via the use of micro computed tomography. The researchers found that the increase in osteoid-covered surfaces in bone derived from deficient subjects impaired the remodeling of mineralized bone tissue underneath due to isolation from osteoclasts. These areas of bone continued to age and mineralize, exhibiting the structure of older bone tissue, which is more brittle than young bone. Further testing revealed that being deficient in vitamin D increased the initiation of cracks by 31% and their growth by 22%.

"The assumption has been that the main problem with vitamin D deficiency is reduced mineralization for the creation of new bone mass, but we've shown that low levels of vitamin D also induces premature aging of existing bone," stated coauthor Robert Ritchie of Lawrence Berkeley Laboratory's Materials Sciences Division.

"Our study expands the current clinical understanding of the pathophysiology of vitamin D deficiency and helps explain why well-balanced vitamin D levels are essential to maintain bone's structural integrity," the authors conclude.
Read more »
Posted by Unknown at 5:31 pm No comments: