Since idiopathic scoliosis is common in girls there are concerns about the effects it may have on pregnancy or becoming pregnant. Over the past 40 years, several studies have been conducted with hundreds of women that showed no difference in pregnancy, labor, delivery and fetal complications for women with scoliosis compared to women without. In most cases there are very few risks to becoming pregnant with scoliosis. There is no evidence that scoliosis damages fertility or leads to an increased number of miscarriages, stillbirths or congenital malformations. It does not provide any adverse effects on the pregnancy nor ability to deliver children.

Another major concern is increased risk of progression of the scoliosis. Some studies have shown that patients lost 2, 6, and 18 degrees of correction during their first pregnancies, but curves stayed the same or improved with later pregnancies. Generally, scoliosis does not increase during pregnancy. Pregnancy hormones decrease the activity of the immune system and scoliosis is often stabilized during pregnancy. As long as the curve is not still progressing, the weight gained during pregnancy does not increase the curvature.

Aside from a mild degree of restricted lung capacity, individuals with idiopathic scoliosis rarely experience breathing problems during pregnancy. Breathlessness on exertion is common in the early months of pregnancy for all women, to some extent. Shortness of breath is partly caused by the rise in progesterone, which stimulates breathing by increasing respiratory rate and the depth of each breath. Blood volume also increases. These normal physiological changes are well tolerated and only likely to prove a problem if the vital capacity is low or heart function is compromised. Scoliosis that occurs in the thoracic (middle) spine may affect breathing. Bladder and bowel problems may be an issue for women with scoliosis who already have urinary or bowel dysfunction

Probiotics are not only powerful gut-healers - they improve bone density, study shows 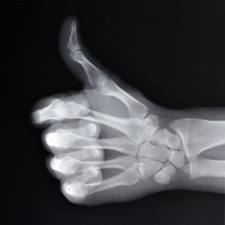 A doctor of traditional Chinese medicine (TCM) once told this author that "disease begins in the gut." Ayurvedic medicine also has a similar premise. Bad or sub-optimal digestion leads to all sorts of disease. That includes disease beyond the gastrointestinal (GI) tract.

Dr. Natasha Campbell-McBride and others in Western medicine have taken this premise beyond physical ailments into the mind-body relationship with GAPS, or Gut and Psychology Syndrome, by treating mental disorders from ADD to Autism.

Their success has come from altering the diet to allow the gut to heal and good bacteria in the intestinal flora to thrive.