Magnesium: A mineral all scoliosis sufferers need to know

Epidemiological and experimental studies have indicated a relationship
among aging, dietary Mg, inflammatory stress, and cardiovascular
disease. Our aim in the present study was to investigate possible
links between dietary Mg, oxidant stress parameters, and inflammatory
status with aging in rats. We designed a long-term study in which rats
were fed for 22 months with moderately deficient (150 mg/kg), standard
(800 mg/kg), or supplemented (3200 mg/kg) Mg diets. Comparisons were
made with young rats fed with the same diets for 1 month. Compared to
the standard and supplemented diets, the Mg-deficient diet
significantly increased blood pressure, plasma interleukin-6,
fibrinogen, and erythrocyte lysophosphatidylcholine, particularly in
aging rats, it decreased plasma albumin. The impairment of redox
status was indicated by increases in plasma thiobarbituric acid
reactive substances and oxysterols and an increased blood
susceptibility to in vitro free-radical-induced hemolysis. We
concluded that Mg deficiency induced a chronic impairment of redox
status associated with inflammation which could significantly
contribute to increased oxidized lipids and promote hypertension and
vascular disorders with aging. Extrapolating to the human situation
and given that Mg deficiency has been reported to be surprisingly
common, particularly in the elderly, Mg supplementation might be
useful as an adjuvant therapy in preventing cardiovascular disease.
Posted by Dr Kevin Lau at 8:40 pm No comments:

Vegetable oils such as canola oil, safflower oil, corn oil, soy oil etc. are very reactive to oxygen, and go rancid when heated even at low temperatures. Once oxidized, these fats cause free radical damage in our bodies, which has been linked to cancer, heart disease and diabetes. According to the animal research of Dr. Kenneth Carroll, "...the more polyunsaturated fats were in the diet, the more they were cancer promoting; and the more saturated fats were, the more they were cancer reducing..." Yet we are told by such organizations as the American Heart Association that these polyunsaturated oils are the healthy oils to eat and cook with. In actual fact, we were only meant to consume vegetable oils by eating the nuts and seeds that they come in; the nuts and seeds also contain the antioxidants that prevent the oxidization of the fats.

Vegetable oils are refined with solvents and heat, making them toxic and rancid. Deodorizing compounds are added to cover up the smell, and voila - they will stay on the store shelf for months looking deceptively beautiful. Even in their unrefined form, these polyunsaturated oils cannot be recommended even in salad dressings, as they are sensitive to light. Polyunsaturated vegetable oils are also most frequently turned into trans-fats, so pretty much any time you see any vegetable oils listed on an ingredient list in a packaged food or a recipe, you would be doing yourself a huge favour in the long run by not eating it. The best fats for cooking are organic pasture-fed raw butter or ghee, organic virgin coconut oil, organic, pasture-fed beef tallow, and unrefined organic olive oil (low to medium temperatures only).

It's not surprising to learn opioid prescription painkillers -- think morphine, methadone and hydrocodone -- are more deadly than heroin or cocaine when abused, but the source of the study is: The CDC. In fact, as sales of opioids have increased, so have the number of deaths.

The numbers paint a stark picture of the problem:

Unintentional drug poisonings more than tripled between 1990-2002 to 18 percent versus 5 percent during the previous dozen years.
Deaths blamed on abusing opioid drugs between 1999-2002 exploded by 91 percent.
Opioid deaths dwarfed that of heroin (12 percent) and cocaine (22 percent).
Although accompanying comments by other researchers caution patients against being overly concerned about these numbers, fact is, prescription and over-the-counter drugs kill more people every year than those who die from illegal drug use combined. And, deaths blamed on prescription drugs tend to rise at the beginning of each month by as much as 25 percent.

If you want to treat your pain and your body safely, I urge you to review a recent article I posted about the array of options at your disposal.
Posted by Dr Kevin Lau at 9:48 pm No comments:

The USDA's Agricultural Marketing Service is seeking to increase the number of substances that could be used on cows that are to be deemed organic. CattleNetwork.com has a list of all eight substances, most of which are used to combat maladies common to feedlot cattle. The list includes bismuth subsalicylate, the active ingredient in Pepto-Bismol, which would be used for stomach ulcer relief, as well as poloxalene, used to keep cattle from getting bloated. Both bloating and ulcers are often the result of a corn-heavy diet that grass-eating cows aren't used to. NewsTarget.com also reports on the proposed changes, but with a bit more of a slant than CattleNetwork.

If the USDA's proposed rule passes, livestock will be treated with such chemicals as:

Atropine, a lethal belladonna extract used to treat pesticide exposure. The NOP approved the use of atropine after consulting with the EPA and FDA.

Butorphanol, a pre-surgical painkiller that was recommended for use by the National Organic Standards Board; but they requested that slaughter or sale of milk from the treated cow be twice as long as the FDA requirement (an extension the USDA feels is unnecessary).

Flunxin is a non-narcotic and non-steroidal drug used to treat inflammation or pyrexia. Like Butorphanol, the NOSB requested the time between use of the substance and slaughter or milking be twice what the FDA recommends and, again, the USDA felt the measure unnecessary.

Furosemide, a diuretic drug -- used to treat udder and pulmonary edema -- that the NOSB also requested have an extended period to flush out of an animal before its milk or meat is sold for consumption. The USDA said the extension was unnecessary for this drug too.

Magnesium hydroxide is a naturally occurring mineral that can be used to treat stomach troubles, constipation and acid indigestion.

Peroxyacetic/paracetic acid, which is approved as an indirect food additive by the FDA, is a sanitizer used to clean processing equipment and to disinfect animals, meat and dairy.

Poloxalene, is a synthetic stool softener that can treat bloat in cattle, and while the NOSB recommends that the substance only be approved for emergency situations, the USDA wants it to be added to feed as a preventative measure.

Why are cows so sick? Conventional cows are fed a diet full of grains and corn which are not their natural diet. As such like humans who eat excess grains, they start suffering from digestive problems. Eat only cows which are grass fed, these are incredibly health promoting and easy to find even in Singapore. Understand that organic beef if raised on organic grain feed is just as detrimental.
Posted by Dr Kevin Lau at 6:26 pm No comments: 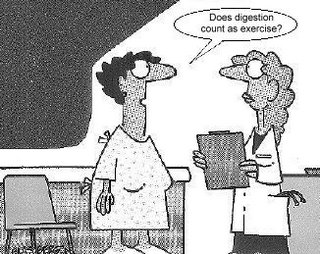 Upon a recent glance thru papers I have come across an interesting relationship between decreased stomach acids and arthritis. In one investigation, researchers studied seventy patients, half with rheumatoid arthritis, half with osteoarthritis. What they found was that most people suffering from arthritis don't have enough stomach acids. In fact 28 percent had no stomach acids at all which are vital for the digestion of minerals (such as Magnesium) and proteins.

Those suffering from mineral deficiencies, scoliosis, protein types or arthritis it would be a good idea to supplement with betaine hydrochloride for 6 months to stimulate normal stomach acid levels to improve digestion. Because it is not what you eat, but what you absorb that it difference between good health and sickness.
Posted by Dr Kevin Lau at 12:21 pm No comments: