Vitamin D is an extrememly important aspect in scoliosis correction and cancer prevention.

A study out of Albert Einstein College of Medicine suggests the potential protective effects of calcium and vitamin D on breast cancer. The report included: 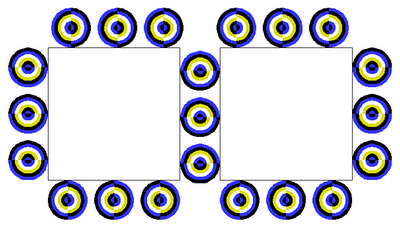 A recent study performed in Spain has shown an immediate benefit from one adjustment in subjects with mechanical neck pain. A group of 70 patients with neck pain (25 males and 45 females, ages 20-55 years) participated in this study. The subjects were randomly divided into either an experimental group, which received an adjustment, or a control group, which received manual mobilization. The adjustment group showed a significant improvement in neck pain at rest and mobility after application of the manipulation. The control group also showed a significant improvement in neck pain at rest, flexion, extension, and both lateral flexions, but not in rotation. Results suggest that a single cervical HVLA manipulation is more effective in reducing neck pain at rest, and in increasing active cervical range of motion, than a control mobilization procedure in subjects suffering from mechanical neck pain.

A Little Sun a Day Keeps Vitamin D Deficiency Away

Sunshine, aside from being good for your soul, adds a very important element into your life - vitamin D. The sun works with the skin to produce vitamin D in your body. Although other forms of vitamin D are in some of the foods we eat, they still need to be processed to gain the benefits.

A study published in the Archives of Disease in Childhood evaluated a group of adolescent girls in an inner city school in the United Kingdom for vitamin D deficiency. Fifty-one girls between the ages of 14 and 16 were chosen to participate in the study. After measuring weight, height and body mass, the researchers distributed a questionnaire that evaluated the girls' daily intake of vitamin D, calcium and sunlight.

Of course, too much sun can be a bad thing, particularly in terms of skin damage, so be careful. But a little a day can go a long way toward ensuring adequate intake of vitamin D.