Cuminum cyminum Linn. (Apiaceae), cumin, is a popular spice with a long history of medicinal use to treat various symptoms such as diarrhea, flatulence, gynecological, and respiratory diseases.
To date, no scientific investigation was reported regarding memory-enhancing and antistress activity of cumin fruits. The present study deals with the memory-enhancing and antistress activities and further the antioxidant status via lipid peroxidation inhibition.
Antistress activity was evaluated by inducing stress via forced swimming and the urinary vanillylmandelic acid (VMA) and ascorbic acid were estimated as biomarkers. Memory-enhancing activity was studied by conditioned avoidance response using Cook's pole climbing apparatus in normal and scopolamine-induced amnestic rats. Thiobarbituric acid reactive substances (TBARS) assay was used to evaluate the lipid peroxidation.

Daily administration of cumin at doses of 100, 200, and 300 mg/kg body weight 1 h prior to induction of stress inhibited the stress-induced urinary biochemical changes in a dose-dependent manner without altering the levels in normal control groups. The cognition, as determined by the acquisition, retention, and recovery in rats, was observed to be dose-dependent. The extract also produced significant lipid peroxidation inhibition in comparison with known antioxidant ascorbic acid in both rat liver and brain.
This study provides scientific support for the antistress, antioxidant, and memory-enhancing activities of cumin extract and substantiates that its traditional use as a culinary spice in foods is beneficial and scientific in combating stress and related disorders.
Posted by CA at 2:20 pm No comments:

Give your brain a tea break 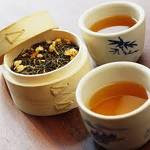 The four-year study adds to the literature on tea's long-touted virtues. Moreover, any type of tea will do just fine.

It was found that catechins, a natural compound in tea, protect brain cells from damaging protein build-up over the years, maintaining the brain's cognitive capability.

Moreover, the caffeine in tea, unlike that in coffee, contains the natural protein theanine, which counters the normal side effects of caffeine such as raised blood pressure, headaches and tiredness.

There is still no cure for it. An estimated 24 million people worldwide have some form of dementia, an illness that affects memory, thinking ability and behaviour.

Participants' health, attention span, language use and visual and spatial abilities were assessed. Their tea consumption - how often, how much and what type - was monitored.

About 38 per cent did not drink tea. About 29 per cent drank only one kind of tea. The rest, about 33 per cent, drank a mix of teas.

Two-thirds of the tea drinkers maintained their scores on the same memory tests two years later.

Among the non-tea drinkers, 35 per cent saw a dip in their memory test scores by an average of two points, which signifies cognitive decline.

Age, education, level of physical activity and other drinks were taken into account.

But tea alone cannot do the job. 'It still means a lifetime of good habits and a balanced diet,' he said.
Posted by CA at 1:30 pm No comments:

With the costs of medical care spiraling out of control and an ever-growing shortage of doctors to treat an aging population, it pays to know about methods of prevention and treatment for orthopedic problems that are low-cost and rely almost entirely on self-care. As certain methods of alternative medicine are shown to have real value, some mainstream doctors who “think outside the box” have begun to incorporate them into their practices.

One of them is Loren Fishman, a physiatrist — a specialist in physical and rehabilitative medicine affiliated with NewYork-Presbyterian/Columbia hospital. Some in the medical profession would consider Dr. Fishman a renegade, but to many of his patients he’s a miracle worker who treats their various orthopedic disorders without the drugs, surgery or endless months of physical therapy most doctors recommend.
Many years ago, I wrote about Dr. Fishman’s nonsurgical treatment of piriformis syndrome, crippling pain in the lower back or leg caused by a muscle spasm in the buttocks that entraps the sciatic nerve. The condition is often misdiagnosed as a back problem, and patients frequently undergo surgery or lengthy physical therapy without relief.
Dr. Fishman developed a simple diagnostic technique for piriformis syndrome and showed that an injection into the muscle to break up the spasm, sometimes followed by yogaexercises or brief physical therapy, relieves the pain in an overwhelming majority of cases.
Nowadays yoga exercises form a centerpiece of his practice. Dr. Fishman, a lifelong devotee of yoga who studied it for three years in India before going to medical school, uses various yoga positions to help prevent, treat, and he says, halt and often reverse conditions like shoulder injuries, osteoporosis, osteoarthritis and scoliosis. I rarely devote this column to one doctor’s approach to treatment, and I’m not presenting his approach as a cure-all. But I do think it has value. And he has written several well-illustrated books that can be helpful if used in combination with proper medical diagnosis and guidance.

This weekend, scientists from an American medical institution published a study that has practical implications for patients undergoing ACL (Anterior Cruciate Ligament) surgery.

The study, by a group in Utah, may have answered in part the long sought question of why some patients do well after knee surgery (quickly regain strength in their quadriceps) and some do not. Dr. Tyler Barker, of the Orthopedic Specialty Hospital in Murray, Utah, and his colleagues at the University of Utah (where I did a surgical internship back in 1976) discovered that vitamin D levels are associated with muscle strength recovery after knee surgery (anterior cruciate repair). Those with levels above 30 ng/ml recovered much better than those with levels below 30 ng/ml.