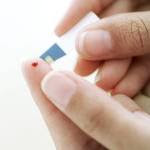 NEW YORK — Lower levels of vitamin D circulating in the bloodstream are tied to a higher risk of developing diabetes in a new study of Australian adults.

After following more than 5,000 people for 5 years, the researchers found those with lower than average vitamin D levels had a 57 percent increased risk of developing type 2 diabetes compared with people with levels in the recommended range.

"Studies like ours have suggested that blood levels of vitamin D higher than what is recommended for bone health may be necessary to reduce the risk of developing type 2 diabetes," said lead author Dr. Claudia Gagnon, a fellow at the Western Hospital at the University of Melbourne in Australia, where the study was done.

Vitamin D is manufactured by the body in response to sunlight and also occurs naturally in some foods, like eggs, cod and salmon. The vitamin is best known for its role in working with calcium to build bones.

The Institute of Medicine recommends that adults get about 600 IU of vitamin D a day to maintain circulating levels in the desirable range.

Past studies have shown that vitamin D may also help keep blood sugar levels under control. In type 2 diabetes, the most common form of the disease, the body can't use insulin it produces efficiently to control blood sugar levels. Vitamin D may play a role by increasing the release of insulin, Gagnon said.

To see whether circulating D levels and calcium consumption influenced insulin sensitivity and diabetes risk, Gagnon's team measured the vitamin D blood levels of 5,200 people without diabetes. After 5 years, about 200 of them had developed diabetes, and the researchers measured everyone's vitamin D levels again.

Risk of diabetes rises 57 percent
The researchers found that twice as many people — 6 in 100 — with low blood levels of vitamin D later developed diabetes, compared to those with blood levels in the normal range —3 in 100.

When the researchers took into consideration risk factors for diabetes such as age, waist circumference, and a family history of the disease, the increased risk from low D levels translated to 57 percent, relative to those with higher levels.

Calcium is also thought to participate in insulin release, but the researchers found no link between the mineral and risk of developing diabetes later.

"Lower levels of vitamin D in the blood were associated with an increased risk of developing type 2 diabetes," Gagnon told Reuters Health by e-mail. "However, our findings do not prove cause and effect."

Further studies are needed, Gagnon's group writes in the journal Diabetes Care, both to directly test whether vitamin D supplements make a difference in diabetes risk, and if so, to determine the optimal circulating D levels to minimize that risk.

It's hard to know what exactly the link between vitamin D and diabetes is, Dr. Ian de Boer, assistant professor of medicine at the University of Washington in Seattle, told Reuters Health.

Obesity, inactivity may be factors
But obesity and inactivity, the highest risk factors for type 2 diabetes, may be the cause of low vitamin D levels, said de Boer, who did not work on the Australian study.

Vitamin D has also been linked to lower risks of asthma, heart disease, and certain cancers. However, there hasn't been much evidence showing that taking supplements helps these conditions.

Vitamin D is widely available for less than $10 for a 2-month supply.

The sun is the major vitamin D source for most people, but salmon and fortified dairy products also contain a lot, de Boer added.

The best ways to reduce diabetes risk are still to exercise and eat a healthy diet, he said.

In a study of 2564 people of varying ethnic backgrounds, researchers at Columbia University in New York and the Miller School of Medicine in Miami found a significant correlation between diet soda consumption and the risk of stroke.

Concurrently, it is important to note that Diet Coke recently moved into the number two position of most popular beverage among Americans–a scary proposition considering the recent study findings.

According to Randall Fitzgerald, author of The Hundred-Year Lie, some of the cancers linked to aspartame include: brain, liver, lung, kidney, and lymphoreticular cancer.
Posted by CA at 9:29 am No comments:

Correction Appended
In the early 1900s, scientists discovered that each person belonged to one of four blood types. Now they have discovered a new way to classify humanity: by bacteria. Each human being is host to thousands of different species of microbes. Yet a group of scientists now report just three distinct ecosystems in the guts of people they have studied.

“It’s an important advance,” said Rob Knight, a biologist at the University of Colorado, who was not involved in the research. “It’s the first indication that human gut ecosystems may fall into distinct types.”

The researchers, led by Peer Bork of the European Molecular Biology Laboratory in Heidelberg, Germany, found no link between what they called enterotypes and the ethnic background of the European, American and Japanese subjects they studied.

Nor could they find a connection to sex, weight, health or age. They are now exploring other explanations. One possibility is that the guts, or intestines, of infants are randomly colonized by different pioneering species of microbes.

The microbes alter the gut so that only certain species can follow them.

Whatever the cause of the different enterotypes, they may end up having discrete effects on people’s health. Gut microbes aid in food digestion and synthesize vitamins, using enzymes our own cells cannot make.

The discovery of the blood types A, B, AB and O had a major effect on how doctors practice medicine. They could limit the chances that a patient’s body would reject a blood transfusion by making sure the donated blood was of a matching type. The discovery of enterotypes could someday lead to medical applications of its own, but they would be far down the road.

“Some things are pretty obvious already,” Dr. Bork said. Doctors might be able to tailor diets or drug prescriptions to suit people’s enterotypes, for example.

Or, he speculated, doctors might be able to use enterotypes to find alternatives to antibiotics, which are becoming increasingly ineffective. Instead of trying to wipe out disease-causing bacteria that have disrupted the ecological balance of the gut, they could try to provide reinforcements for the good bacteria. “You’d try to restore the type you had before,” he said.

Dr. Bork notes that more testing is necessary. Researchers will need to search for enterotypes in people from African, Chinese and other ethnic origins. He also notes that so far, all the subjects come from industrial nations, and thus eat similar foods. “This is a shortcoming,” he said. “We don’t have remote villages.”

The discovery of enterotypes follows on years of work mapping the diversity of microbes in the human body — the human microbiome, as it is known. The difficulty of the task has been staggering. Each person shelters about 100 trillion microbes.

(For comparison, the human body is made up of only around 10 trillion cells.) But scientists cannot rear a vast majority of these bacteria in their labs to identify them and learn their characteristics.

As genetics developed, scientists learned how to study the microbiome by analyzing its DNA. Scientists extracted DNA fragments from people’s skin, saliva and stool. They learned how to recognize and discard human DNA, so that they were left with genes from the microbiome. They searched through the remaining DNA for all the variants of a specific gene and compared them with known species. In some cases, the variants proved to be from familiar bacteria, like E. coli. In other cases, the gene belonged to a species new to science.

These studies offered glimpses of a diversity akin to a rain forest’s. Different regions of the body were home to different combinations of species. From one person to another, scientists found more tremendous variety. Many of the species that lived in one person’s mouth, for example, were missing from another’s.

Scientists wondered if deeper studies would reveal a unity to human microbiomes. Over the past few years, researchers have identified the genomes — the complete catalog of genes — of hundreds of microbe species that live in humans. Now they can compare any gene they find with these reference genomes.

They can identify the gene’s function, and identify which genus of bacteria the microbe belongs to. And by tallying all the genes they find, the scientists can estimate how abundant each type of bacteria is.

In the recent work, Dr. Bork and his team carried out an analysis of the gut microbes in 22 people from Denmark, France, Italy and Spain. Some of their subjects were healthy, while others were obese or suffered from intestinal disorders like Crohn’s disease. Dr. Bork and his colleagues searched for fragments of DNA corresponding to the genomes of 1,511 different species of bacteria. The researchers combined their results with previous studies of 13 Japanese individuals and 4 Americans.

The scientists then searched for patterns. “We didn’t have any hypothesis,” Dr. Bork said. “Anything that came out would be new.”

Still, Dr. Bork was startled by the result of the study: all the microbiomes fell neatly into three distinct groups.

And, as Dr. Bork and his colleagues reported on Wednesday in the journal Nature, each of the three enterotypes was composed of a different balance of species. People with type 1, for example, had high levels of bacteria called Bacteroides. In type 2, on the other hand, Bacteroides were relatively rare, while the genus Prevotella was unusually common.

“You can cut the data in lots of different ways, and you still get these three clusters,” Dr. Bork said.

Dr. Bork and his colleagues found confirmation of the three enterotypes when they turned to other microbiome surveys, and the groups continue to hold up now that they have expanded their own study to 400 people.
Posted by CA at 3:01 pm No comments: