The Hazards of Hospitals


Created by: Medical Billing and Coding
Posted by Dr Kevin Lau at 11:41 am No comments:

UCLA-Harvard study highlights 3 types of confusing outcome measures
Studies about medications published in the most influential medical journals are frequently designed in a way that yields misleading or confusing results, new research suggests.
Investigators from the medical schools at UCLA and Harvard analyzed all the randomized medication trials published in the six highest-impact general medicine journals between June 1, 2008, and Sept. 30, 2010, to determine the prevalence of three types of outcome measures that make data interpretation difficult.

In addition, they reviewed each study's abstract to determine the percentage that reported results using relative rather than absolute numbers, which can also be a misleading.

The findings are published online in the Journal of General Internal Medicine.

The six journals examined by the investigators— the New England Journal of Medicine, the Journal of the American Medical Association, The Lancet, the Annals of Internal Medicine, the British Medical Journal and the Archives of Internal Medicine — included studies that used the following types of outcome measures, which have received increasing criticism from scientific experts:
Read more »
Posted by Dr Kevin Lau at 11:40 am No comments:

(CNN) -- When it was first invented, soda pop was a treat most people had once in a while for special occasions.
Now it's a daily fixture in American life -- in bright containers glowing inside vending machines, chugged from 32-ounce bucket-like containers at self-service stations and served as the default beverage in fast-food meals.

In today's carbonation nation, half of the U.S. population over age 2 consumes sugary drinks daily, according to a report released by National Center for Health Statistics.

The sugary drinks include sodas, sweetened waters, and energy, sports and fruit beverages. Not included in the total were diet drinks, 100% fruit juices, sweetened teas and flavored milk. The report states that sugary drinks have been linked to "poor diet quality, weight gain, obesity, and in adults, type 2 diabetes."

Male teens are the most frequent consumers and guzzle about 252 to 273 calories every day from various drinks, the report says. Their one-day consumption is more than half the weekly intake suggested by the American Heart Association, which recommends no more than three 12-ounce cans of soda in one week (equivalent to 450 calories).

The consumption of such sugary drinks has increased over the last 30 years, the report stated.
A 2003 study published in the Journal of the American Dietetic Association found that soda drinking for youths between the ages of 6 and 17 was at 37% in the 1970s and then 56% in the 1990s. This latest research from the Centers for Disease Control and Prevention suggests that from 2005 to 2008, consumption increased again.

"If you look at male children, 70% consume on a given day," said lead author Cynthia Ogden, a CDC epidemiologist who specializes in obesity.

The analysis was based on 17,000 participants who were asked to recall what they ate in the last 24 hours in the National Health and Nutrition Examination Survey.

The American Beverage Association denied that its products fueled obesity: "Contrary to what may be implied ... sugar-sweetened beverages are not driving health issues like obesity and diabetes."

It pointed to market data indicating that the calories in beverages decreased by 21% from 1998 to 2008, while obesity rates climbed. It also stated that sugar-sweetened beverages account for 7% of calories in the average American diet.

"That means Americans get 93 percent of their calories from other foods and beverages," the group stated.

The latest CDC research released Wednesday also found similar results: Kids and teens get about 6.7% to 8.2% of their daily caloric intake from the beverages, and adults get about 5% to 8%.
Read more »
Posted by Dr Kevin Lau at 11:34 am No comments:


Friendly intestinal bacteria not only keep the gut happy, they may help keep their host happy, too, a new study in mice finds.


Mice fed broth fortified with a type of friendly intestinal bacteria called Lactobacillus rhamnosus behaved less anxiously than mice fed broth without bacteria. Those behavior changes were accompanied by differences in levels of a brain-chemical sensor and stress hormones.

The bacteria telegraph these brain-chemical and behavior-changing messages via the vagus nerve, which connects the brain stem to various internal organs, researchers report online August 29 in the Proceedings of the National Academy of Sciences.

Some studies have suggested that changing the mix of bacteria in the intestines could influence behavior (SN: 6/18/11, p. 26). The new research goes a step further to investigate how those changes come about, says Paul Patterson, a neuroimmunologist at Caltech in Pasadena, Calif. “Most people haven’t gone that far to look at what’s happening in the brain,” he says.

The research team — led by John Bienenstock of McMaster University in Hamilton, Canada, and John Cryan of the University College Cork in Ireland — looked at the mice’s brains to examine levels of the GABA receptor, a protein that senses and responds to an important brain chemical messenger called GABA. Alterations in the way GABA and other brain chemical systems work influence behavior. Mice fed bacteria-containing broth had higher levels of the receptor protein in some parts of the brain and lower levels in other parts than did mice fed sterile broth.

Another Reason to Ignore the Warnings About This Super Food 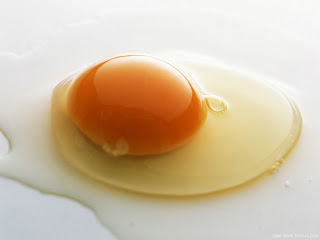 
The idea that eggs, as a source of saturated fats, are unhealthy and promote heart disease is a complete myth. While it's true that fats from animal sources contain cholesterol, this is not necessarily something that will harm you. On the contrary, the evidence clearly shows that eggs are one of the most healthful foods you can eat, and can actually help prevent disease, including heart disease.
For example, one 2009 study discovered that the proteins in cooked eggs are converted by gastrointestinal enzymes, producing peptides that act as ACE inhibitors (common prescription medications for lowering blood pressure). This certainly flies in the face of 'conventional wisdom,' and the latest findings support the stance that eggs are in fact part of a heart-healthy diet.
Although egg yolks are relatively high in cholesterol, numerous studies have confirmed that eggs have virtually nothing to do with raising your cholesterol. For instance, research published in the International Journal of Cardiology showed that, in healthy adults, eating eggs every day did not produce a negative effect on endothelial function (an aggregate measure of cardiac risk); nor did it increase cholesterol levels.
A number of people have cholesterol levels that are too low. While eating egg yolks is a great idea for a number of reasons, it will not increase your cholesterol level. If you need to do that a fairly reliable method is to use coconut oil. Usually about 2-4 tablespoons a day are required to increase your cholesterol.

Decisions about conventional scoliosis treatment depend on the person's age, gender, general health, and potential for growth, as well as severity and location of the curve. Scoliosis affects 4.5% of the general population and scoliosis causes an average 14-year reduction in life expectancy. Hence, preventing scoliosis in a pro-active way, as suggested by my diet and exercise regimen in this book, will add years of health and productivity to our society. A closer look at the current treatment and management regimen will make it crystal clear why my regimen should be the preferred one for scoliosis patients. When it comes to scoliosis, medical doctors are notorious for recommending the wait-and-see approach. For a very mild curve medical doctors usually only advise monitoring check-ups, with X-rays to detect worsening, every three or four months or maybe once a year. Even moderate curves of 25 to 40 degrees may not warrant treatment in their opinion other than bracing, but for a severe curve of 40 to 50 degrees, as a last resort they recommend spinal surgery. By then it's too late. The wait and watch policy is synonymous to inviting problem by refusing to take action and is not based on rational thought process, but stems from an inability on the part of the surgeon to do anything useful. A lot more could have been done in the early stages of their conditions to prevent it from getting worse. Over the years, doctors have grappled very hard to understand what causes this abnormal curvature of the spine. It could be a result of an inability of a growing skeletal framework (vertebrae, discs, ligaments, ribs, pelvis, and lower limbs) to support itself during a time of growth spurt or be related to some neuromuscular dysfunction, connective tissue or genetic influences. The fact is that no single causal factor of scoliosis has been identified.