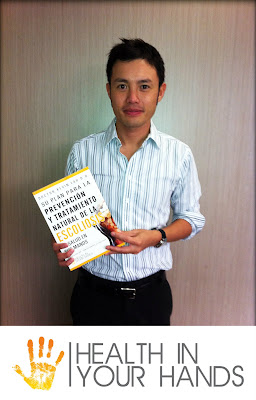 Cyanocobalamin may be beneficial in the treatment of recurrent aphthous ulcers even when vitamin B12 levels are normal.

RESULTS: Of the 72 participants, 37 were in the CDG whereas 35 were considered to have normal cobalamin levels. In the first admission the cobalamin levels were 215.8 +/- 116.90 pg/mL in CNG and 107.43 +/- 29.35 pg/mL in the CDG. The frequency of aphthous ulcers was defined numerically according to monthly occurrence of the lesions. The mean aphthous ulcer frequency in CNG group was 1.9 +/- 0.7, whereas it was 2.4 +/- 0.9 in the CDG. A significant increase in cobalamin levels was observed after cyanocobalamin treatment in both groups. A significant decrease in aphthous ulcer frequency was also concurrently observed. 96% of the patients showed good response to replacement treatment, 4% of the study population did not respond to the treatment.

Abstract
Study Design. Vertebral rotation was systematically analyzed in the normal, nonscoliotic thoracic spine of children aged 0 to 16 years. Subgroups were created to match the infantile, juvenile, and adolescent age groups according to the criteria of the Scoliosis Research Society.

Objective. To determine whether a distinct pattern of vertebral rotation in the transverse plane exists in the normal, nonscoliotic infantile, juvenile, and adolescent spine.

Summary of Background Data. We assume that, once the spine starts to deteriorate into a scoliotic deformity, it will follow a preexisting rotational pattern. Recently, we identified a rotational pattern in the normal nonscoliotic adult spine that corresponds to the most common curve types in adolescent idiopathic scoliosis. In infantile idiopathic scoliosis, curves are typically left sided and boys are affected more often than girls, whereas in adolescent idiopathic scoliosis, the thoracic curve is typically right sided and predominantly girls are affected. The present study is the first systematic analysis of vertebral rotation in the normal children's spine.

Methods. Vertebral rotation in the transverse plane of T2–T12 was measured by using a semiautomatic method on 146 computed tomographic scans of children (0–16 years old) without clinical or radiologic evidence of spinal pathology. Scans were mainly made for reasons such as recurrent respiratory tract infections, malignancies, or immune disorders. Vertebral rotational patterns were analyzed in the infantile (0–3-year-old), juvenile (4–9-year-old), and adolescent (10–16-year-old) boys and girls.

6 Points on Surgical Intervention for Scoliosis

Here are six points on surgical treatment for scoliosis.

1. Minimally invasive surgery for adult scoliosis. A combination of three different minimally invasive procedures is now being used to correct adult lumbar degenerative scoliosis. First, the surgeon performs extreme lateral interbody fusion or direct lateral interbody fusion. During this step of the process, the surgeon makes a small incision in the patient's side and works through a tube to access the discs in front of the patient's spine. The damaged disc material is cleared out and replaced with bone and protein-filled spacers to promote the fusion. The surgeon then performs The AxiaLIF procedure for patients whose scoliosis affects the area between the lower end of the lumbar spine and the top of the sacral spine because that area cannot be accessed from the lateral entry. The AxiaLIF procedure secures the L5-S1 disc with a solid screw.

Finally, the surgeon places rods on either side of the spine. For this step of the procedure, surgeons use the CD Horizon Longitude system and percutaneous screws to place rods on the back of the spine. The surgeon uses fluoroscopic guidance and stereotactic navigation to place the screws into the vertebral body and rods are then passed through the skin into position connecting all the screws. The connection of the rods and screws further corrects the spinal curvature, de-rotating and realigning the spine.

2. Database for scoliosis surgery and intervention. Vincent Arlet, MD, a spine surgeon with the University of Virginia School of Medicine, recently developed an international online database called Scolisoft for scoliosis cases. The database includes case and outcomes data for different types of treatments for adolescent idiopathic scoliosis, along with images of the patients' spine. Anyone can access the information by logging onto the website as a "guest." Physicians can add cases to the database by becoming a registered user of the site. Each physician requesting a "registered user" status must submit a complete case, and all cases are put through an extensive review before publishing in the database.

"There are a ton of variations to scoliosis treatment and surgeons don't always know what type of procedure will work best for their patients," says Dr. Arlet. "With Scolisoft, surgeons can find a case similar to that of the patient they want to treat, and decide whether to apply the same type of treatment or not."

3. Tracking the potential for surgery in young patients. Children with mild scoliosis have traditionally all been treated in a manner whereby the amount of surveillance increases as their condition worsens, which may mean several visits with a specialist per year and x-rays to track the progression. This time and these resources may now be focused on those who are more likely to progress. Axial Biotech recently developed the SCOLISCORE Test, a DNA analysis designed to predict a patient's risk of scoliosis progression. Kenneth Ward, MD, chief scientific officer of Axial Biotech, recently co-authored a study that showed SCOLISCORE was 99 percent accurate in predicting when children with scoliosis were least likely to progress to a severe curve.

"The biggest benefit comes for the low-risk group because right now, you have a lot of clinical activity directed at these patients who don't have a progressive disease," says Dr. Ward. "Low-risk patients are taking the time to make several visits to their surgeons and receive several x-rays. There can be a cost benefit savings of up to $10,000 per case when low-risk patients are identified because of the lengthening of time between office visits and the smaller number of x-rays done for low-risk kids."

The modern surgery allows the spine to be corrected in a more natural, physiologic way. HSS researchers examined 20 patients who received surgical correction at HSS. New MRIs were taken and compared to the ones taken before surgery. The researchers found that the area adjacent to the fusion was healthy and didn't show any major degeneration after 10 years. The patients also reported good functional scores and maintenance balance. There were no reports of significant lower back pain and none of the patients took analgesic medications for pain.

5. Pedicle screws in children with early-onset scoliosis. Pedicle screws can cause fewer complications than hooks in children with early-onset scoliosis, according to a study in Medscape Today. The study consisted of 247 pediatric patients who were 10 years old or younger and who received their index growing rod surgery between 1998 and 2008. There were 22 complications directly related to the 896 pedicle screws that were placed. Loss of fixation in four screws and migration over time in 14 screws was reported.

"Based on our results, we believe that the U.S. Food and Drug Administration should consider approving pedicle screws for use in children," said David Lee Skaggs, MD, chief of the division of orthopedic surgery at Children's Hospital of Los Angeles, in the report. "The decision to withhold approval of these devices solely on the bases of patient age no longer seems justified."

6. Scoliosis Research Society provides benchmarks for morbidity and mortality. The Scoliosis Research Society's database on morbidity and mortality is an effective tool for gathering information on complication rates and benchmarking surgical outcomes. The database collected data that showed a total of 9,692 lumbar microdiscectomies were performed with a complication rate of 3.6 percent. Out of the 6,735 recorded anterior cervical discectomies and fusions, there was a 2.4 percent complication rate. Out of the 10,329 lumbar stenosis decompressions, there was a 7 percent complication rate. All of these numbers are comparable to those previously reported in smaller series, according to an article published in Spine.
Posted by Dr Kevin Lau at 8:53 am 1 comment:

Written by Laura Miller | June 28, 2011
New data shows that neurologic deficits are inherent potential complications of spine surgery, even among skilled spinal deformity surgeons, according to a study published in Spine.

Researchers examined 108,419 cases in The Scoliosis Research Society morbidity and mortality database, 1,064 of which were documented as new neurological deficits. There were 662 nerve root deficits, 74 cauda equine deficits and 293 spinal cord deficits. The deficits were not specified in 35 cases.

Read the abstract on scoliosis surgery complications.
Posted by Dr Kevin Lau at 8:50 am No comments:

Check out my about.me profile! 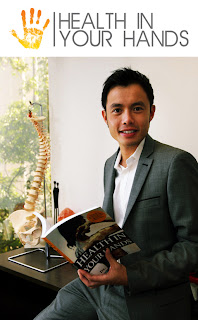 Are diet sodas making you fat?

Diet sodas: A sweet-tasting, calorie-free reprieve from the doldrums of boring diets? Apparently, not so much. Diet drinks, it turns out, might actually make you heavier, according to two new studies. Sure, the health benefits of diet drinks have been called into question before, with recent studies linking artificially sweetened drinks to an increased risk of heart disease. But many guzzlers of diet drinks have long regarded their favorite beverages as health neutral, since they lack both calories and fat. Are those dreams now dashed? Here, a brief guide to these new findings:

What did the researchers find?
Regular consumption of diet drinks expands one's waist over time, according to one study at the University of Texas Health Science Center at San Antonio. A second study supported previously made associations between diet soda and the risk of diabetes. Researchers fed aspartame (the artificial sweetener in diet sodas) to diabetes-prone mice, and found that mice on the aspartame diet had higher blood sugar than the mice who didn't consume the chemical.

How is that possible?
That is still unknown, but researchers speculate that the artificial sweeteners warp appetite, leaving diet soda drinkers hungry for unhealthy treats.

Does exercise play a role?
Nope. The results were the same for all diet soda drinkers, even after factors such as exercise, social class, education, and smoking were taken into account.

So, no more diet drinks?
Perhaps diet soda drinkers should consider cutting back. "The fizzy chemical cocktail can still do a number on your health," says Margaret Harmann at Jezebel. "It may be time to rethink your commitment to being comprised of 70 percent Diet Coke." Helen Hazuda, the professor who conducted the study, stopped drinking diet sodas, saying, "They may be free of calories but not of consequences."
Posted by CA at 11:07 am 2 comments: