Neck pain study reinforces use of chiropractic, other conservative options

January 6, 2012 — A new studypublished this month in the Annals of Internal Medicine finds spinal manipulative therapy (SMT) and exercise more effective at relieving neck pain than pain medication. The research reinforces the use of conservative care options like chiropractic as a first line of defense against pain, according to the American Chiropractic Association (ACA).

The study divided participants into three groups that received either SMT from a doctor of chiropractic (DC), pain medication (over-the-counter pain relievers, narcotics, and muscle relaxants) or exercise recommendations.

After 12 weeks, about 57 percent of those who met with DCs and 48 percent who exercised reported at least a 75 percent reduction in pain, compared to 33 percent of the people in the medication group.

After one year, approximately 53 percent of the drug-free groups still reported at least a 75 percent reduction in pain; compared to just 38 percent pain reduction among those who took medication.

The study also found that despite experiencing limited pain relief, people in the drug group continued using a higher amount of medication more frequently throughout the follow-up period. This finding underscores concerns raised in an April 2011 government report that indicated prescription drug abuse in the U.S. has reached crisis level.

"Doctors of chiropractic have long cautioned against the overuse of medication to treat musculoskeletal pain," said ACA President Keith Overland, DC. "We continue to promote drug-free, conservative interventions for neck pain patients before referral for medical management that may result in side effects. Patients deserve to know that there are natural, drug-free options when it comes to pain relief."

Why you should eat more (not less) cholesterol

For decades now, the general American population has been neurotically avoiding cholesterol-rich foods for fear of developing heart disease, thanks to the promulgation of the unfortunate Diet-Heart hypothesis. (1)
Those of us that follow a paleo diet are well aware by now thatdietary cholesterol does not significantly affect cholesterol levels in the blood or risk for heart disease, and that there is no reason to avoid whole foods with naturally high levels of cholesterol.
However, beyond just ‘not avoiding’ high cholesterol foods, there is a significant reason for us to make a special effort to include many high cholesterol foods in our diet.
Read more »
Posted by Unknown at 9:29 am No comments:

Exercise may encourage healthy eating by changing parts of the brain that influence impulsive behaviour, according to a new review of the available literature by researchers from Spain and the US published in Obesity Reviews. The researchers conclude that in a society where we are surrounded by temptations and triggers that facilitate over-eating and excess, the part of the brain responsible for "inhibitory control" undergoes "relentless strain" (they note it has limited capacity anyway), and doing exercise on a regular basis enhances it. "By enhancing the resources that facilitate 'top-down' inhibitory control, increased physical activity may help compensate and suppress the hedonic drive to over-eat," they write. Obesity has been rising at an alarming rate in Spain in recent years, so much so that in some parts of Spain, the proportion of the population that is obese is higher than that in many parts of the United States, the country traditionally considered as having the highest obesity rates in the western world. Also, in line with other countries in the Mediterranean, Spain has one of the highest rates of childhood obesity in Europe.

The Calcium Supplement Problem: As Serious As A Heart Attack

Osteoporosis is not caused by a lack of limestone, oyster shell or bone meal. Heart attack, however, may be caused by supplementation with these exact same "elemental" forms of calcium, according to two meta-analyses published last year in the British Medical Journal.

Back in July of 2011, the British Medical Journal published the results of a high-powered meta-analysis which looked at whether or not calcium supplementation had any effect on cardiovascular disease risk.  Indeed, this groundbreaking report, which was based on the results of five clinical trials conducted in the US, Britain and New Zealand, involving over 8,000 people, showed that taking elemental calcium supplements of 500 mg or more increased the relative risk of heart attack by 27%.
Read more »
Posted by Unknown at 9:20 am No comments: 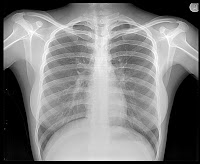 When compared with the Cobb method, the axis-line-distance technique is the preferred method for evaluating perioperative scoliosis treatment, according to recent research.
Researchers found a weak to moderate correlation with the Cobb method, where the axis-line-distance technique (ALDT) showed a good to excellent correlation in measuring scoliosis patients during bracing therapy or surgery and in subsequent follow-ups, according to the abstract.
Two independent radiologists calculated the correction rate after either consecutive bracing therapy or surgery of 57 patients with scoliosis using both methods based on 171 perioperative X-rays, according to the abstract. The calculations were done before surgery, during the bracing therapy or surgery and after the final follow-up.
Read more »
Posted by Unknown at 9:12 am No comments:

This diet might also help people whose obesity makes it impossible to exercise, the researchers added.
"Obese individuals with knee osteoarthritis should be urged to lose weight," said lead researcherRobin Christensen, head of the Musculoskeletal Statistics Unit at The Parker Institute at Copenhagen University Hospital at Frederiksberg in Denmark.
Samantha Heller, a dietitian and clinical nutrition coordinator at the Center for Cancer Care at Griffin Hospital in Derby, Conn., said that "the question this study brings up is whether the participants can maintain the weight loss they achieved on a formula-based, very low-calorie, supervised diet, in real life, with real food."
For the study, Christensen's team followed 175 obese people suffering from knee osteoarthritis. During the first eight weeks, the participants had only the formula diet, called the Cambridge Weight Plan, which includes soups and shakes and was limited to 800 calories a day. The participants stayed on this diet for eight weeks.
Following this diet, the patients lost a lot of weight, but also increased their bone mineral density, Christensen said.
Read more »
Posted by Unknown at 3:50 pm No comments:

(OMNS, Dec 28, 2011) There was not even one death caused by a vitamin supplement in 2010, according to the most recent information collected by the U.S. National Poison Data System.
The new 203-page annual report of the American Association of Poison Control Centers, published online athttp://www.aapcc.org/dnn/Portals/0/2010%20NPDS%20Annual%20Report.pdf, shows zero deaths from multiple vitamins; zero deaths from any of the B vitamins; zero deaths from vitamins A, C, D, or E; and zero deaths from any other vitamin.
Additionally, there were no deaths whatsoever from any amino acid or dietary mineral supplement.
Three people died from non-supplement mineral poisoning: two from medical use of sodium and one from non-supplemental iron. On page 131, the AAPCC report specifically indicates that the iron fatality was not from a nutritional supplement.
Fifty-seven poison centers provide coast-to-coast data for the National Poison Data System, "one of the few real-time national surveillance systems in existence, providing a model public health surveillance system for all types of exposures, public health event identification, resilience response and situational awareness tracking."
Well over half of the U.S. population takes daily nutritional supplements. Even if each of those people took only one single tablet daily, that makes 165,000,000 individual doses per day, for a total of over 60 billion doses annually. Since many persons take far more than just one single vitamin or mineral tablet, actual consumption is considerably higher, and the safety of nutritional supplements is all the more remarkable.
Over 60 billion doses of vitamin and mineral supplements per year in the USA, and not a single fatality. Not one.
If vitamin and mineral supplements are allegedly so "dangerous," as the FDA and news media so often claim, then where are the bodies?

Almost 68% of Women over 40 Have Fallen for This Trap

Mammograms are widely promoted as a "life-saving" tool for helping women detect breast cancer in its earliest stages.
The message has so thoroughly saturated the public mind that nearly 68 percent of women over the age of 40 have had a mammogram in the past two years -- and most of these women believe doing so will help them avoid dying from breast cancer.
Unfortunately, women have largely been sold a false bill of goods, as the science tells a very different story about the ability of mammograms to save lives.

In Most Cases, Mammograms Don't Save Lives

Considering that mammograms are regarded as the "gold standard" for breast cancer prevention in the conventional medical establishment, you may haveassumed they save lives.
Well, researchers from Dartmouth College had a novel idea -- they decided to determine how often lives were actually saved by mammography screening vs. breast cancer industry generated statistics and their marketing propaganda.
And what they found should make even the staunchest mammography proponent give pause.
Using breast cancer data from The National Cancer Institute and The Centers for Disease Control and Prevention, researchers calculated a 50-year-old woman's likelihood of developing breast cancer in the next 10 years, the odds the cancer would be detected by mammography, and her risk of dying from the cancer over 20 years.
They found that a mammogram has, at best, only a 13 percent probability of saving her life, and that the probability may actually be as low as 3 percent. No matter what analyses they used, including considering women of different ages, the probability of a mammogram saving a life remained below 25 percent.
Researchers concluded:

"Most women with screen-detected breast cancer have not had their life saved by screening. They are instead either diagnosed early (with no effect on their mortality) or overdiagnosed."

This bears repeating:
Mammograms often diagnose tumors that may never threaten a woman's life. They also often result in false positives that lead to over-treatment, i.e. misdiagnosed women often undergo unnecessary mastectomies, lumpectomies, radiation treatments and chemotherapy, which can have a devastating effect on both the quality and length of their lives.