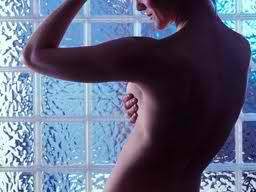 Could stress play a role in the development of breast cancer?

Researchers from the University of Illinois at Chicagowondered about this. After all, the components of what experts call “psychosocial stress” – including fear, anxietyand isolation – could take a toll on the autonomic nervous system, which helps regulate heart rate, respiration and other important bodily functions.

So they found 989 women who had been diagnosed with breast cancer in the previous three months and asked them a lot of questions to assess their level of stress. It turned out that there was an association between stress and the disease – the women who scored highest for stress were more likely to have a more aggressive form of breast cancer. 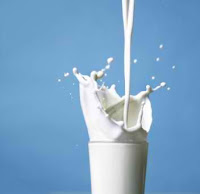 NEW YORK (Reuters Health) - Children who drink raw milk are less likely to develop asthma and allergies than those who stick to the safer pasteurized version, according to a large European study.

Although the study isn't ironclad proof that the effects can be chalked up to raw milk itself, researchers believe certain milk proteins that are destroyed by heat could be helpful to children's developing immune systems.

They warn, however, that parents shouldn't start giving their kids raw milk.

"The consumption of raw milk is a double-edged sword," Georg Loss, a researcher with the Swiss Tropical and Public Health Institute in Basel who worked on the study, told Reuters Health by email.

"On the one side it is protective for the development of asthma and allergies but on the other side it may imply serious health risks due to harmful microorganisms."

Raw milk proponents claim the drink has several health benefits -- among them reducing asthma symptoms -- that aren't found in the pasteurized milk sold in most grocery stores. 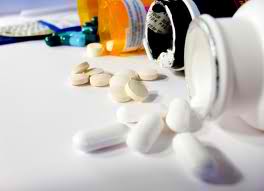 SEPTEMBER 21, 2011 | BY ALARIC DEARMENT
LOS ANGELES — Researchers at the University of California Los Angeles said they have found a possible link between two newer drugs for Type 2 diabetes and cancers of the pancreas and thyroid, according to a new study published in the journalGastroenterology.
The researchers, at UCLA's Larry L. Hillblom Islet Research Center, examined incidents reported in the Food and Drug Administration's adverse event database between 2004 and 2009 among patients using Byetta (exenatide), made by Eli Lilly and Amylin Pharmaceuticals, and Merck's Januvia (sitagliptin).
"We undertook these studies because several studies in animal models by several investigators had suggested that this form of therapy may have unintended actions to promote growth of the ducts in the pancreatic gland that convey digestive juices from the pancreas to the gut," study co-author and Hillblom Center director Peter Butler said. "This is a concern if it happens in humans since it might be expected to increase the risk for pancreatitis and pancreatic cancer. While the FDA database has limitations, it does have advantages in being very large, openly accessible and independent from companies that market the drugs."
Read more »
Posted by Dr Kevin Lau at 3:24 pm No comments:

5 Foods That Can Trigger a Stroke 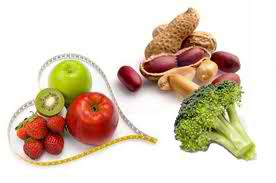 Tue, Sep 06, 2011
Few things feel more terrifying and random than a stroke, which can strike without warning. And fear of stroke -- when a blood vessel in or leading to the brain bursts or is blocked by a blood clot, starving brain cells of oxygen and nutrients -- is well founded. After all, stroke is the number-three killer in the U.S., affecting more than 700,000 people each year. Here are five foods that cause the damage that leads to stroke.
1. Crackers, chips, and store-bought pastries and baked goods
Muffins, doughnuts, chips, crackers, and many other baked goods are high in trans fats, which are hydrogenated oils popular with commercial bakeries because they stay solid at room temperature, so the products don't require refrigeration. Also listed on labels as "partially hydrogenated" or hydrogenated oils, trans fats are found in all kinds of snack foods, frozen foods, and baked goods, including salad dressings, microwave popcorn, stuffing mixes, frozen tater tots and French fries, cake mixes, and whipped toppings. They're also what makes margarine stay in a solid cube. The worst offenders are fried fast foods such as onion rings, French fries, and fried chicken.

For years scientists have known trans fats are dangerous artery-blockers, upping the concentrations of lipids and bad cholesterol in the blood and loweringgood cholesterol. Now we can add stroke to the list of dangers. This year researchers at the University of North Carolina found that women who ate 7 grams of trans fat each day -- about the amount in two doughnuts or half a serving of French fries -- had 30 percent more strokes (the ischemic type, caused by blocked blood flow to the brain) than women who ate just 1 gram a day. Another recent study, also in women, found that trans fats promoted inflammation and higher levels of C-reactive protein, which have been linked to an increased risk ofdiabetes, heart disease, and stroke.
Read more »
Posted by Dr Kevin Lau at 3:20 pm No comments:

Email ThisBlogThis!Share to TwitterShare to FacebookShare to Pinterest
Labels: Heart Disease
The key to successful scoliosis treatment management lies with avoiding status quo thinking and gaining a current understanding of what scoliosis statistical analysis using genetic predisposition is all about and those environmental factors that are most influential on the progressive nature of the scoliosis condition. Following medical doctors orders when it comes to scoliosis treatment recommendations will most often lead to frustration, anxiety, and poor outcomes.
Posted by Dr Kevin Lau at 12:22 am No comments: