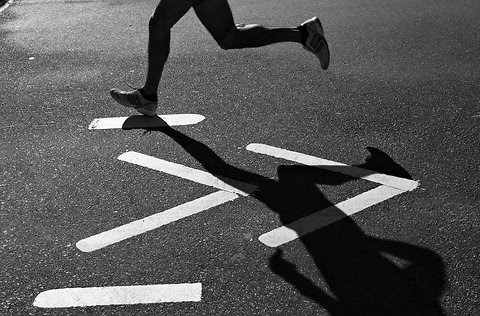 By GRETCHEN REYNOLDS
Moving the body demands a lot from the brain. Exercise activates countless neurons, which generate, receive and interpret repeated, rapid-fire messages from the nervous system, coordinating muscle contractions, vision, balance, organ function and all of the complex interactions of bodily systems that allow you to take one step, then another.
This increase in brain activity naturally increases the brain’s need for nutrients, but until recently, scientists hadn’t fully understood how neurons fuel themselves during exercise. Now a series of animal studies from Japan suggest that the exercising brain has unique methods of keeping itself fueled. What’s more, the finely honed energy balance that occurs in the brain appears to have implications not only for how well the brain functions during exercise, but also for how well our thinking and memory work the rest of the time.
For many years, scientists had believed that the brain, which is a very hungry organ, subsisted only on glucose, or blood sugar, which it absorbed from the passing bloodstream. But about 10 years ago, some neuroscientists found that specialized cells in the brain, known as astrocytes, that act as support cells for neurons actually contained small stores of glycogen, or stored carbohydrates. And glycogen, as it turns out, is critical for the health of cells throughout the brain.
But while scientists knew that the brain had and could access these energy stores, they had been unable to study when the brain’s stored energy was being used in actual live conditions, outside of petri dishes, because brain glycogen is metabolized or burned away very rapidly after death; it’s gone before it can be measured.In petri dishes, when neurons, which do not have energy stores of their own, are starved of blood sugar, their neighboring astrocytes undergo a complex physiological process that results in those cells’ stores of glycogen being broken down into a form easily burned by neurons. This substance is released into the space between the cells and the neurons swallow it, maintaining their energy levels.

That’s where the Japanese researchers came in. They had developed a new method of using high-powered microwave irradiation to instantly freeze glycogen levels at death, so that the scientists could accurately assess just how much brain glycogen remained in the astrocytes or had recently been used.
In the first of their new experiments, published last year in The Journal of Physiology, scientists at the Laboratory of Biochemistry and Neuroscience at the University of Tsukuba gathered two groups of adult male rats and had one group start a treadmill running program, while the other group sat for the same period of time each day on unmoving treadmills. The researchers’ aim was to determine how much the level of brain glycogen changed during and after exercise.
Using their glycogen detection method, they discovered that prolonged exercise significantly lowered the brain’s stores of energy, and that the losses were especially noticeable in certain areas of the brain, like the frontal cortex and the hippocampus, that are involved in thinking and memory, as well as in the mechanics of moving.
The findings of their subsequent follow-up experiment, however, were even more intriguing and consequential. In that study, which appears in this month’s issue of The Journal of Physiology, the researchers studied animals after a single bout of exercise and also after four weeks of regular, moderate-intensity running.
After the single session on the treadmill, the animals were allowed to rest and feed, and then their brain glycogen levels were studied. The food, it appeared, had gone directly to their heads; their brain levels of glycogen not only had been restored to what they had been before the workout, but had soared past that point, increasing by as much as a 60 percent in the frontal cortex and hippocampus and slightly less in other parts of the brain. The astrocytes had “overcompensated,” resulting in a kind of brain carbo-loading.
The levels, however, had dropped back to normal within about 24 hours.
That was not the case, though, if the animals continued to exercise. In those rats that ran for four weeks, the “supercompensation” became the new normal, with their baseline levels of glycogen showing substantial increases compared with the sedentary animals. The increases were especially notable in, again, those portions of the brain critical to learning and memory formation — the cortex and the hippocampus.
Which is why the findings are potentially so meaningful – and not just for rats.
While a brain with more fuel reserves is potentially a brain that can sustain and direct movement longer, it also “may be a key mechanism underlying exercise-enhanced cognitive function,” says Hideaki Soya, a professor of exercise biochemistry at the University of Tsukuba and senior author of the studies, since supercompensation occurs most strikingly in the parts of the brain that allow us better to think and to remember. As a result, Dr. Soya says, “it is tempting to suggest that increased storage and utility of brain glycogen in the cortex and hippocampus might be involved in the development” of a better, sharper brain.
Given the limits of current technologies, brain glycogen metabolism cannot be studied in people. But even so, the studies’ findings make D.I.Y. brain-fuel supercompensation efforts seem like an attractive possibility. And, according to unpublished data from Dr. Soya’s lab, the process may even be easy.
He and his colleagues have found that “glycogen supercompensation in some brain loci” is “enhanced in rats receiving carbohydrates immediately after exhaustive exercise.” So for people, that might mean that after a run or other exercise that is prolonged or strenuous enough to leave you tired, a bottle of chocolate milk or a banana might be just the thing your brain is needing.

Dr Kevin Lau DC is the founder of Health In Your Hands, a series of tools for Scoliosis prevention and treatment. The set includes his book Your Plan for Natural Scoliosis Prevention and Treatment, a companion Scoliosis Exercises for Prevention and Correction DVD and the innovative new iPhone application ScolioTrack. Dr Kevin Lau is a graduate in Doctor of Chiropractic from RMIT University in Melbourne Australia and Masters in Holistic Nutrition. He is a member of International Society On Scoliosis Orthopaedic and Rehabilitation Treatment (SOSORT), the leading international society on conservative treatment of spinal deformities. In 2006 I was awarded the "Best Health-care Provider Awards" by the largest Newspaper publication in Singapore on October 18 2006 as well as being interviewed on Primetime Channel News Asia as well as other TV and Radio. For more information on Dr Kevin Lau, watch his interviews or get a free sneak peek of his book, go to: http://www.hiyh.info.
Posted by Unknown at 10:17 am